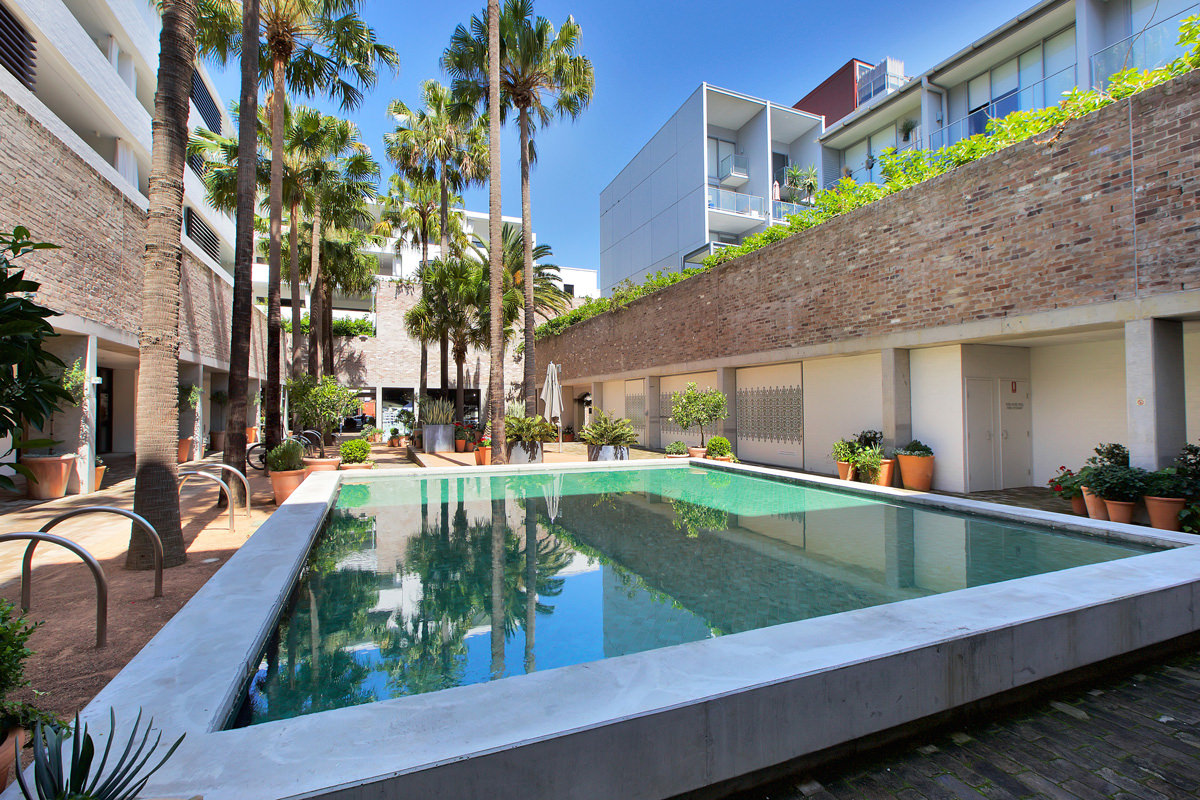 Casba wins on Day One of 2015 WAF/INSIDE Awards

This award celebrates Casba as a leading example of how to balance urban renewal with respect to the changing demographics and population growth in Sydney and is the fourth major award win for Casba. This year, Casba won the UDIA Awards for Excellence President’s Award, UDIA NSW Awards for Excellence, Medium Density Development and the AIA NSW, Residential Architecture, Multiple Housing Award.

Situated on Danks Street, Waterloo, in what is now a foodie and art lovers haven, but was once an area dominated by light industry, Casba references the warehouse typology of the precinct without displaying a direct, kitsch relationship.

“With Casba, we wanted to honour the established grain and texture of the Waterloo location but we had to balance heritage considerations of this former warehouse precinct with the growing expectations of inner city living environments,” says Adam Haddow, director of SJB Architects Sydney.

“Context is always a key consideration in any development. As an infill project, we had to create a building that responds to the street and actively participates in the urban landscape. A key question for us in designing Casba was , how do we make sure the public domain isn’t just space left over between buildings?”, says Mr Haddow.

The design approach was to start with the round-the-clock, publicly accessible, internal courtyard or cloister. “We made the cloister the most important space of Casba. The cloister is what defines the way the site is arranged and gives the area its heart, its place of connection,” says David Leece, director of BLP.

To inject character to the public realm of the development and also reference the heritage of the original warehouses, recycled bricks were used in the cloister and throughout. Residential buildings are made of brick and painted white, providing a quiet and restrained backdrop to the residential environment within.

“As our cities grow and the demand for housing options increases, it’s essential that developments not only contribute to the built environment, but also contribute to the society. We have an obligation to create places people want to not only sleep and relax, but also connect with their community. We hope we achieved this with Casba,” says Mr Leece.