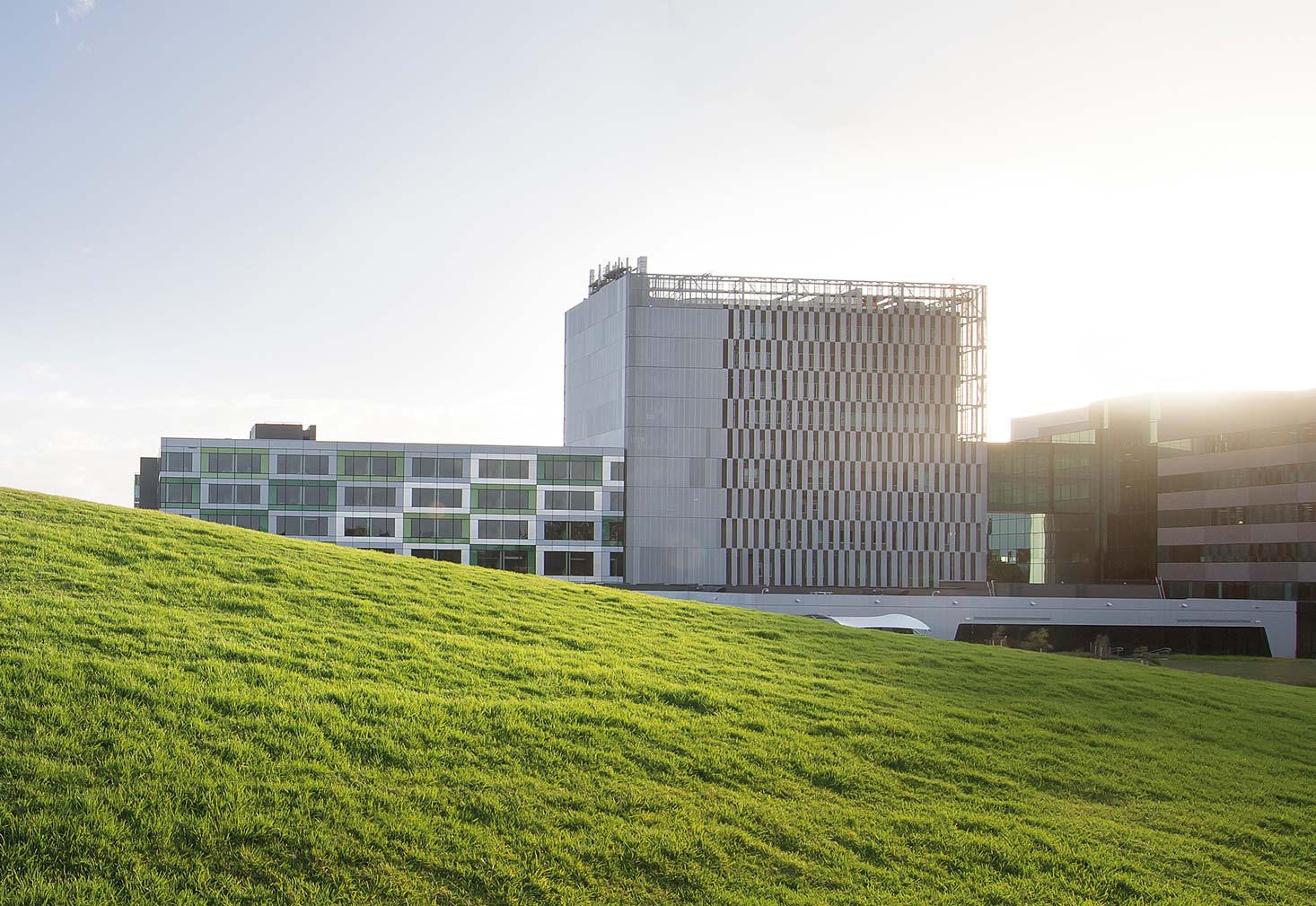 Billard Leece Partnership (BLP) and Bates Smart have been shortlisted in the 2016 Victorian Architecture Awards in the Urban Design and Melbourne Prize categories for their joint venture project at the completed Royal Children’s Hospital. This follows multiple national and international awards received for Stage 1 of this project. The award celebrates the innovative work of architects in Victoria and is recognised across Australia and internationally.

The $1 billion Royal Children’s Hospital (RCH) is based on state-of-the-art ideas developed by RCH and the Department of Health and Human Services around a family-centred model of care. The siting of the hospital within Royal Park was integral to the design concept “nature is nurturing”, grasping natural qualities and converting them into built form. The Royal Children’s Hospital features a distinctive façade that was designed to reflect colours from the surrounding trees and nature.

Using innovative and evidence-based design principles, the RCH reflects changing healthcare practices, workplace patterns, user expectations, community aspirations and environmental responsibility. The building’s formal arrangement, as well the internal and external spatial experiences, has been assembled to promote a restorative and healing environment for children and their families.

The completion of Stage 2 provides the local community with a number of public amenities; the large playground built on reclaimed space puts the focus on ‘healthy living’ while transforming the way we think about healthcare. The linking of two parks provides large grassy environments for respite, bookending the main street and surrounding users by light and nature.

The hospital is an international exemplar for innovative and transformative design; the building harmonises perfectly with its parkland setting and shows how healthcare spaces infused with nature create enriching and healing environments for the children, family and staff.

Overall winners will be announced at the Awards Presentation Dinner at the Peninsula Docklands in Melbourne on Friday 24 June 2016.