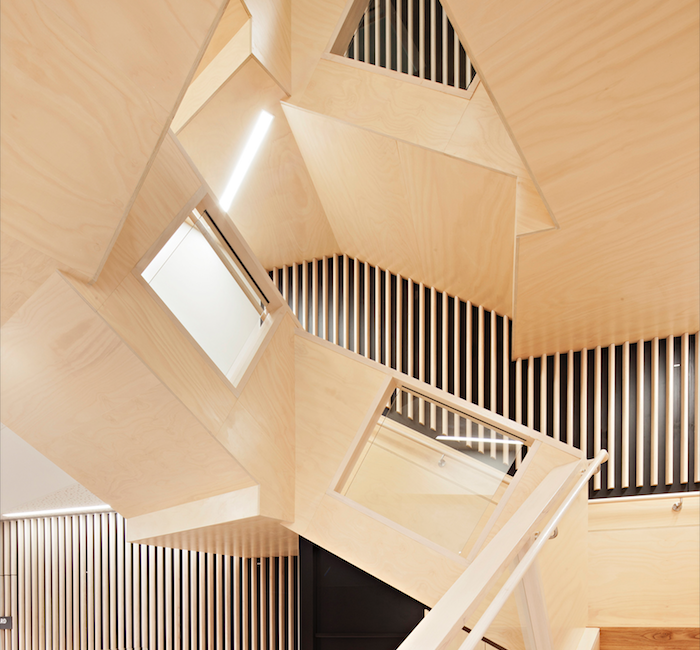 The use of timber is an important contributor to the high design quality of the Centre, and aims to counter the traditional institutional aesthetic commonly found in hospital architecture, creating a warmth and welcoming feel to the internal environment.

Natural timber is used as both a main feature and as accents throughout, emphasising the Centre’s focus on nature and natural elements, all proven to aid the healing process.

In many institutional buildings, interior design is often focused on the high traffic spaces. In this Centre, all spaces are considered equally design worthy. Every detail of the centre is designed to help patients feel as guests in a restful, relaxing environment, and forget they are patients in a hospital.

Winners will be announced later this year on October 25.

The Centre has already received several accolades for it’s excellence in design, including an AIA NSW Architecture Award for Public Architecture and a shortlisting in the Interior Design Excellence Awards Institutional category, also to be announced later this year.

Read more about the project here.